How to distinguish a neoliberal

‘Neoliberalism’ is an odd term. It is being assigned, not assumed. Nobody says “I’m a neoliberal”. And in case we characterize someone’s words or actions as ‘neoliberal’, we undoubtedly attach a demeaning undertone.

The ones accused of being neoliberals – and I have myself witnessed several such condemnations – very often argue against the very existence of the term and assert that they are merely liberals, without the ‘neo-‘. By using the word ‘liberals’, which we often hear from very different sources, such as Grigoris Valianatos (1) and Antonis Samaras, one seeks to make a connection with the political tradition of modern democracy. 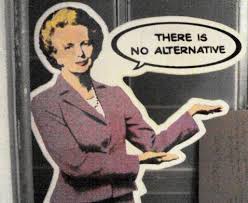 We could say, however, to those who argue against the existence of neoliberalism, that as a term we encounter it repeatedly in the course of history of the discipline of economics; to a point that it ends up acquiring quite different meanings in different contexts, sometimes even antithetical ones. Nonetheless, it exists.

For the sake of clarity though, neither the one who characterizes someone as neoliberal nor the one who contradicts him bear in mind the classification of the term as used by the schools of economic science. What they actually refer to, is a type of political discourse – a discourse that the critic seeks to highlight while the denier seeks to evade, by claiming another.

So how do we tell them apart? What is the meaning of ‘neoliberal’ -as distinguished from ‘liberal’? And why would someone seek to conceal something, by claiming ‘liberalism’?

First of all, there is a difference in the definition of the citizen. Liberalism is the political discourse of modern democracy. Consequently, it shouldn’t be understood – as it is the case with a slightly simplistic Marxist analysis – as a superstructure while the base is capitalism. It should better be understood as a type of discourse with a dialectic relation to the system of production, occasionally acting collaboratively and at other times in contradiction. Liberalism is not the discourse of capitalism but the discourse of modern democracy, and they work together only up to a point (hence close to a simplistic leftist narrative, one should reject the dominant liberal narrative as well, which considers modern democracy and capitalism as identical).

In liberalism, then, just because it requires the discourse of modern democracy, the citizen is defined as obtaining numerous dynamic “qualities/properties”, which are equivalent : the citizen is therefore the master of his own body, the owner and developer of his knowledge, a rational actor pursuing his best interests – which also fall into a sense of collective good – the citizen is a subject that articulates and seeks to fulfill his/her own desires (it is in this point where tactical alliances could be organized between the true liberalism and the Left, rather than declaring the incompatibility of their goals: the critique on liberalism can target the philosophical correction of liberalism’s understanding of the social field and its conceptualization of the individual. These are issues that are described a-historically by liberalism. Nevertheless, due to such philosophical differences (between the Left and liberalism), alliances can only be tactfully organized as such differences highlight the limited potential of liberal discourse to halt capitalism.

In neoliberalism, on the other hand, the citizen is defined according to one main ‘quality’: ‘human capital’. Any other quality is secondary, while social interaction is primarily perceived as a competition between “human capitals.” On the level that liberalism forms the political discourse of modern democracy, neoliberalism is the political discourse of the ‘pure’ capitalism.

So, when someone is faced with the circumvention of parliamentary control or individual freedoms for the sake of the emergency of “development” strategies (2), it is clear that he/she faces neoliberalism. And at this exact point when he/she encounters the rejection of liberalism with the simultaneous invocation of the term, it becomes clear that he/she faces a fraud; a fraud which enlists the political discourse of democracy in false terms, in order to mask the neoliberal assault on democracy – even this imperfect democracy that we bear.

Fraud exists though only for those who realize it. For the rest, those that support the current European and Greek politics, by sincerely confirming their faith in liberalism and insisting that neoliberalism does not exist, the only suggestion I have is to paraphrase the old witticism: we must respect someone’s theory that his wife is beautiful and his children smart.

(1)    Grigoris Valianatos is the head of the Greek homosexual association and a politician with affiliations to neoliberal parties in Greece such as ‘Drasi’ (‘action’) and ‘Dimiourgia xana’ –(‘creativity again’ -sic).

(2)    The term “development” refers to the mainstream discourse of capitalist growth that is publicly presented as something that benefits and develops all. The discourse of development is used to legitimize the advent of extreme anti-social and anti-labor laws in Greece that fulfill the requirements of extreme capitalism.