The Guardian: "Greece gave birth to democracy. Now it has been cast out by a powerful elite."

The case against me and my magazine, Hot Doc, for publishing a list of alleged tax evaders is a symptom of Greece’s corruption. 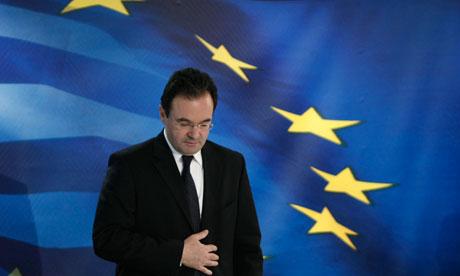 “The more laws a country has, the more corrupt it is,” the Roman historian Tacitus used to say. Greece has quite a few laws. So many, in fact, that corruption can feel quite safe. An exclusive club of powerful people engages in illegal practices, then pushes through necessary laws to legalise these practices, granting itself an amnesty, and in the end, there are no media to uncover what really happened.

As I write, the adventures of an independent magazine in Greece, Hot Doc, which I edit, are being discussed worldwide. Our publication of a list of alleged Swiss bank account holders, and my subsequent arrest, has provoked a storm. But not in the Greek media. A few months ago, Reuters and the British press uncovered scandals involving Greek banks. The Greek media didn’t write anything then either. The space that should have been granted to reports about these scandals was occupied by paid advertisements sponsored by the very people who caused the Greek banks to go under.

The “Lagarde” case in Greece is merely an extreme expression of this situation. In 2010, Lagarde handed to the then minister of finance, George Papaconstantinou, a list of Greeks who held bank accounts abroad. Some of this was “black money” – money that may not have been taxed or needed to be laundered. In a convuloted train of events, Papaconstinou admitted to losing the original data, but was able to pass another copy to his successor Evangelos Venizelos, who eventually admitted to having held it but has failed to produce it so far. The list has still never been properly investigated.

For the past two years, the issue of naming people who are assumed to hold bank accounts in Switzerland has poisoned political life in Greece, with political and financial blackmail taking place in the dark rooms of corrupt power. It’s in this context that Hot Doc published 2,059 names of Greeks alleged to have Swiss bank accounts, without specifying the amount of their deposits or any other personal information.

And then, with utmost hypocrisy the powers that be remembered what they were about. The Athens prosecutor made a move ex officio and ordered my immediate arrest. The law on personal data was invoked as a basis for indictment. In reality, though, there was no personal data involved – only the fact that certain individuals held an account in a certain bank. We did not even allege that these individuals were guilty, only called for an investigation.

Dealings with banks are carried out in public, not in secrecy. The existence of a bank account is therefore not personal data. Personal data would be the amount and type of transactions. In Greece, banks send envelopes with their logos, in which they enclose transaction details; in other words, they declare their relationship with customers. Nevertheless, the publication of a plain list of names and a demand to investigate was defined as exposing personal data.

In Ancient Greek mythology, justice is presented as blind. In modern Greece, it is merely winking and nodding. A study of the Lagarde list is highly revealing. Publishers, businessmen, shipowners, the entire system of power is shown to have transferred money abroad. And this is information from only one bank. Meanwhile in Greece, people are going through dumpsters for food.

The crisis in Greece wasn’t caused by everyone. And not everyone is paying for the crisis. The exclusive, corrupt club of power tries to save itself by pretending to make efforts to save Greece. In reality, it is exacerbating Greece’s contradictions, while Greece is teetering on the edge of a cliff.

If in the Bible, sinners “strain out the gnat and swallow the camel”, in Greece the sinful powers that be strain out pensions and swallow lists – in order, of course, to make them disappear. These are the lists of their friends, acquaintances, favourites and mess mates.

In the country that, as we like to remind ourselves, gave birth to democracy, democracy has become a strange new breed. Those in charge make sure that the right to vote come across as democracy, while negating democracy in the way they abuse the rights voters give them. And justice remains in thrall to politics.

← Does Europe need a general strike?
Heraklion, Crete: as the Parliament in Athens votes in further austerity cuts, a city shows the way forward for the struggle →